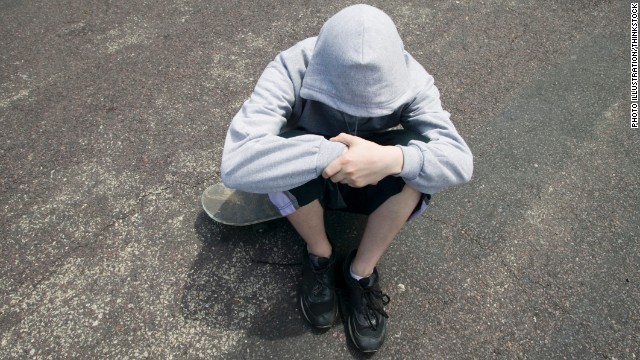 STORY HIGHLIGHTS
(Time.com) -- It may be the most common kind of child abuse — and the most challenging to deal with. But psychological abuse, or emotional abuse, rarely gets the kind of attention that sexual or physical abuse receives.
That's the message of a trio of pediatricians, who write this week in the journal Pediatrics with a clarion call to other family doctors and child specialists: stay alert to the signs of psychological maltreatment. Its effects can be every bit as devastating as those of other abuse.
Psychological maltreatment can include terrorizing, belittling or neglecting a child, the pediatrician authors say.
Time.com: Child abuse pediatricians recommend basic parenting classes to reduce maltreatment and neglect
"We are talking about extremes and the likelihood of harm, or risk of harm, resulting from the kinds of behavior that make a child feel worthless, unloved or unwanted," Harriet MacMillan, one of the three pediatrician authors, told reporters.
What makes this kind maltreatment so challenging for pediatricians and for social services staff, however, is that it's not defined by any one specific event, but rather by the nature of the relationship between caregiver and child. That makes it unusually hard to identify.
Can spanking cause mental illness?
Keeping a child in a constant state of fear is abuse, for example. But even the most loving parent will occasionally lose their cool and yell. Likewise, depriving a child of ordinary social interaction is also abuse, but there's nothing wrong with sending a school-aged boy to stew alone in his room for an hour after he hits a younger sibling.
All of this means that, for an outsider who observes even some dubious parenting practice, it can be hard to tell whether a relationship is actually abusive, or whether you've simply caught a family on a bad day.
Time.com: How child abuse primes the brain for future mental illness
Psychological abuse can also include what you might call "corrupting a child" — encouraging children to use illicit drugs, for example, or to engage in other illegal activities.
In their Pediatrics paper, MacMillan and co-authors say that 8% to 9% of women and 4% of men reported severe psychological abuse in childhood when the question was posed in general-population surveys of the U.S. and Britain.
A number of U.S. surveys have also found that more adults claim they faced psychological maltreatment as kids than claim they experienced any other form of abuse. This suggests that psychological maltreatment may be the most common form of abuse inflicted on kids.
Because of that, pediatricians must be as sensitive to signs of emotional maltreatment as they are to signals of sexual or physical abuse, the authors say. And while it may be possible in the event of psychological abuse to intervene to improve the child's home life — especially where the root cause is a parent's own mental-health issue — the authors stress:
Consideration of out-of-home care interventions should not be restricted to cases of physical or sexual abuse; children exposed to psychological maltreatment may also require a level of protection that necessitates removal from the parental home.
Time.com: Home visits: A powerful weapon against child abuse
This story was originally published on Time.com.
Psychological abuse: More common, as harmful as other child maltreatment
प्रस्तुतकर्ता virendra sharma पर 9:42 pm