(CNN)Listen up, gen-Xers and millennials, and, well, everybody who has a brain. If you live a high-stress life, you could have memory loss and brain shrinkage before you turn 50, according to a study published Wednesday in the journal Neurology.
"Higher levels of cortisol, a stress hormone, seem to predict brain function, brain size and performance on cognitive tests," said study author Dr. Sudha Seshadri, professor of neurology at UT Health San Antonio.
"We found memory loss and brain shrinkage in relatively young people long before any symptoms could be seen," Seshadri said. "It's never too early to be mindful of reducing stress."

Too much 'flight or fight' 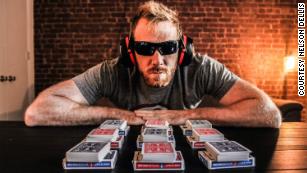 Keeping your brain fit, by a USA Memory Champion


Cortisol is one of the body's key stress hormones, best known for its role in our "flight or fight" instincts. When we are stressed and on high alert, the adrenal glands produce more cortisol. The hormone then goes to work shutting down various bodily functions that might get in the way of survival.
Once the crisis has passed, cortisol levels should drop, and the body systems should return to normal. But if your alarm button stays pressed, the body can continue to malfunction, leading to anxiety, depression, heart disease, headaches, weight gain, trouble sleeping, and, of course, memory and concentration problems.
The brain is especially vulnerable, say experts, because of all of the nutrients it needs to function optimally.
"The brain is a very hungry organ," said Keith Fargo, who directs scientific programs and outreach for the Alzheimer's Association. "It requires an outsized amount of nutrients and oxygen to keep it healthy and functioning properly. So, when the body needs those resources to deal with stress, there's less to go around to the brain."

Previous studies have found a relationship between cortisol and dementia risk, but the focus has been mostly on the elderly and the memory area of the brain, called the hippocampus. 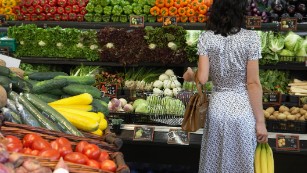 
Among the new study's strengths, said Seshadri, is that it looked at a group of men and women with an average age of 48 and did MRI brain scans of the entire brain, not just the hippocampus.
Researchers chose more than 2,000 people with no signs of dementia and gave them various psychological exams to measure their thinking skills.
All were part of the Framingham Heart Study, a long-term study sponsored by the National Heart, Lung and Blood Institute. It's been following the health of residents of Framingham, Massachusetts, and their offspring since 1948.
About eight years after initial testing, the group was reevaluated. Blood serum cortisol was measured before breakfast. Then brain MRIs were done and the series of memory and cognitive tests repeated.
After adjusting the data to consider age, sex, body mass and smoking, the study found people with the highest levels of cortisol had the most memory loss.
"I wasn't surprised by the changes in cognition," said Fargo who was not involved in the study. "If you have higher cortisol you're probably stressed out and likely to have more difficulty on cognitive tasks."

What was surprising, said Fargo, was the study's findings of the effects of cortisol on brain structure. 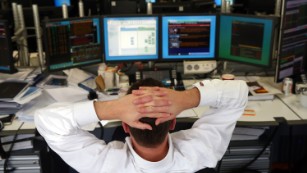 High levels of cortisol were associated with more damage to the parts of the brain that move information throughout the brain (corona radiata) and between the two hemispheres of the brain (corpus callosum).
In addition, the brains of people with higher cortisol levels had smaller cerebrums, the two hemispheres of the brain responsible for thought, emotions, speech and muscle functions, the study found.
The average total cerebral brain volume in people with high levels of cortisol was 88.5 of the total brain volume, compared to 88.7 in people with normal levels of cortisol.
"I was surprised you would be able to see such a large change in brain structure with high cortisol levels compared to moderate levels of cortisol," said Fargo. "If you're seeing structural brain changes in midlife, you can imagine what is happening by the time you get old enough to develop dementia."
Interestingly, the effects of high cortisol on cerebral brain volume appeared to only affect women, not men.
"Estrogen can increase cortisol," said Dr. Richard Isaacson, who directs the Alzheimer's Prevention Clinic at Weill Cornell Medicine, "and about 40% of the women in the study's high cortisol group were on hormone replacement." Isaacson was not involved in the study.
Get CNN Health's weekly newsletter
Sign up here to get The Results Are In with Dr. Sanjay Gupta every Tuesday from the CNN Health team.

Seshadri said the study did adjust for the use of hormone replacement therapy.
"That does not completely rule out an adverse impact of estrogen replacement," Seshadri said, "but makes it less likely to the main story."
Seshadri also emphasized the study results only show an association, not a cause, and more research is needed to tease out the relationship between high cortisol levels and dementia. While that is occurring, she suggests people consider lifestyle modifications to combat the stress of modern life.
Fargo agrees. "We know, for example, that people who exercise throughout life have a lower risk of developing dementia," he said. "Take some time for yourself. Do some meditation. There are ways to control stress that will lead to a beneficial outcome."
प्रस्तुतकर्ता virendra sharma पर 6:07 pm कोई टिप्पणी नहीं: 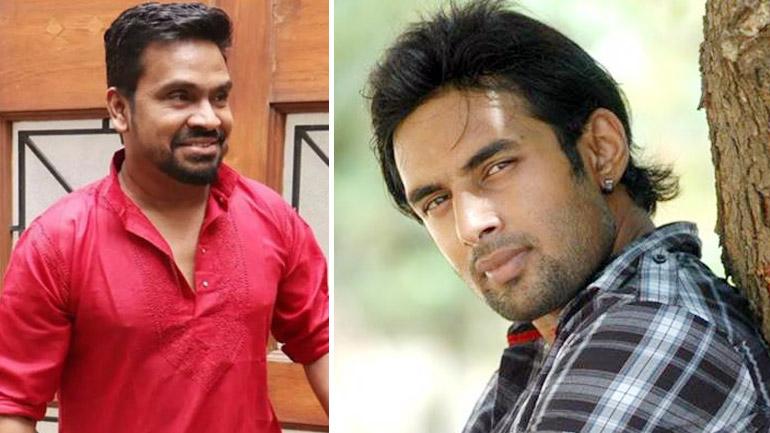 Mushtaq Sheikh and Rahul Raj Singh
#Metoo मर्द भी आये  सामने ,पढ़िए पहला मामला
Late actress Pratyusha Banerjee's boyfriend Rahul Raj Singh is back in news. Recently, he shared a horrifying sexual harassment encounter that he faced in initial years of his career.
Rahul accused writer-producer Mushtaq Shiekh of sexually harassing him and destroying his career. He narrated the entire episode to Mid Day and shared spine chilling experience.
Going by what Rahul has said, he met Mushtaq in 2006, when he was a model and was looking for a big break into acting. "I was the Grasim Mr India model in 2004, when I was 19 years old. A couple of years later, I came in contact with Mushtaq Shiekh. Mushtaq was a very powerful person in Bollywood then. [He was] someone who was on first-name basis with Shah Rukh Khan, Salman Khan, Farah Khan and Ekta Kapoor. He seemed to be impressed with me. I was glad because I realised I would get work."

"One night, he called me at 11 pm near his house. He took me to his house, which had a single room, a bed and a lot of film posters. He told me, 'I am going to do something to you which you are going to enjoy. It will be different, but you will like it'. I got scared. I told him, 'I know your family. I am not against your preferences, but I am your friend and every relationship is not about sex. He said, 'Don't worry, next time you will be ready'. I left, and lost the film at Mukta Arts," he said.
After refusing his offer, Rahul had to face a lot of rejections in TV industry. Reportedly, a lot of projects were given and withdrawn, because of Mushtaq's influence.
"I was chosen for a TV serial called Amber Dhara. I was popular as the first blind hero on national television. Then I got a call from Mushtaq, telling me that he was the one who had chosen me for the role. That destroyed my confidence and self-belief. Then I was signed up for another show called Mata Ki Chowki. He extended his offer again, that I could sleep with him to keep my job, but I refused. My character was written out of the show soon." Rahul said.
He also shared a spine chilling encounter where Mushtaq allegedly sexually assaulted him. "During another show called Ganesh Leela, Mushtaq's roving eye caught me again. He told me to meet him at night for a drive. We were on a drive in Aarey Milk Colony when he suddenly grabbed my head [towards him] and started unbuttoning me [Rahul's clothes]. I got very angry and upset, and told him that I would stop the car and leave him in the middle of the jungle."
Rahul also claims that he left TV industry because of Mushtaq Shiekh. "I used to earn around Rs 3-4 lakh per month in those days. I owe answers to my friends and fans as to why I quit TV. It was because of Mushtaq Shiekh. I told my parents the same thing 10 years ago: I can't do this, because I will be forced to sleep with someone," he told Mid Day.
प्रस्तुतकर्ता virendra sharma पर 7:17 am कोई टिप्पणी नहीं: X
Congress leader Shashi Tharoor said his remarks are being “maliciously” distorted by some media.


Congress leader Shashi Tharoor on Monday clarified his stance after his recent remarks on the construction of Ram temple at the disputed site in Ayodhya stirred up a controversy. “I condemn the malicious distortion of my words by some media in the service of political masters. I said: “most Hindus would want a temple at what they believe to be Ram’s birthplace. But no good Hindu would want it to be built by destroying another’s place of worship,” the Thiruvananthapuram MP wrote on Twitter.
Tharoor insisted that it was his “personal opinion” and that he was not speaking on behalf of his party. “I was asked for my personal opinion at a literary festival & gave it as such. I am not a Spokesperson for my party & did not claim to be speaking for @incindia,” he added.

I condemn the malicious distortion of my words by some media in the service of political masters. I said: “most Hindus would want a temple at what they believe to be Ram’s birthplace. But no good Hindu would want it to be built by destroying another’s place of worship.”


Speaking at ‘The Hindu Lit for Life Dialogue 2018’ in Chennai on Sunday, the Congress leader referred to the demolition of Babri Masjid. According to The Hindu, Tharoor said while a vast majority of Hindus believes that Ayodhya was the birthplace of Lord Ram, no good Hindu would want to see a Ram temple built “by demolishing somebody else’s place of worship.”
READ | No need for a larger bench, Supreme Court clears way for Ayodhya hearings
Union Minister Prakash Javadekar slammed Tharoor and said his remark “shows how cut-off he is from reality”. “Astonished that Shashi Tharoor believes that true Hindus don’t want a Ram Temple in Ayodhya. This could be a view of Tharoor or Rahul Gandhi, not of ppl. This shows how cutoff they are from reality and how they only become Hindu during elections,” Javadekar was quoted as saying by ANI.
BJP spokesperson Shahnawaz Hussain hit out at Tharoor for his remarks. “Is he demanding removal of the makeshift temple where pooja is performed daily in the tent? No one till now has made such a demand,” Hussain was quoted as saying by News18.