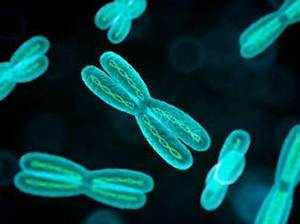 Y chromosome loss may shorten lifespan and up cancer risk

shorten lifespan and up

The loss of the Y chromosome in blood cells may be linked to a shorter lifespan and higher cancer risk in men, according to a new study.

The analysis of the Y chromosome could in the future become a useful bio-marker to predict men's risk of developing cancer, researchers said. Men have a shorter average lifespan than women and both the incidence and mortality in cancer is higher in men than in women, they said. However, the mechanisms and possible risk factors behind this sex-disparity are largely unknown. Alterations in DNA of normal cells accumulate throughout our lives and have been linked to diseases such as cancer and diabetes. The study, led by Uppsala University researchers, shows a correlation between a loss of the Y chromosome in blood cells and both a shorter life span and higher mortality from cancer in other organs. The international team of researchers analysed the DNA in blood samples from a group of more than 1,600 elderly men.

A Southern California mite far outpaces the Australian tiger beetle, the current record-holder for running speed as measured in body lengths per second. By this measure, the mite runs 20 times faster than a cheetah and the equivalent of a person running 1300 miles per hour. The discovery is exciting not only because it sets a new world record, but also for what it reveals about the physiology of movement and the physical limitations of living structures, the researcher says.

Extrapolated to the size of a human, the mite's speed is equivalent to a person running roughly 1300 miles per hour.

The California college student who spent a summer chasing down the remarkable mites says the discovery is exciting not only because it sets a new world record, but also for what it reveals about the physiology of movement and the physical limitations of living structures.
"It's so cool to discover something that's faster than anything else, and just to imagine, as a human, going that fast compared to your body length is really amazing," said Samuel Rubin, a junior and physics major at Pitzer College who led much of the fieldwork to document the mite's movements. "But beyond that, looking deeper into the physics of how they accomplish these speeds could help inspire revolutionary new designs for things like robots or biomimetic devices."
Rubin's advisor, Jonathan Wright, Ph.D., a professor of biology at Pomona College, became interested in the mites while studying the effect of muscle biochemistry on how quickly animals can move their legs. But it wasn't until Rubin and other students documented the mites' running speeds in their natural environment that the research team knew they had found a new world record.
Both relative speed and stride frequency increase as animals get smaller, and in theory, muscle physiology should at some point limit how fast a leg can move. "We were looking at the overarching question of whether there is an upper limit to the relative speed or stride frequency that can be achieved," said Wright. "When the values for mites are compared with data from other animals, they indicate that, if there is an upper limit, we haven't found it yet."
The mite is local to Southern California and is often found running along rocks or sidewalks. Although it was first identified in 1916, little is known about its habits or food sources.
The research team used high-speed cameras to record the mites' sprints in the laboratory and in their natural environment. "It was actually quite difficult to catch them, and when we were filming outside, you had to follow them incredibly quickly as the camera's field of view is only about 10 centimeters across," said Rubin.
The research team was also surprised to find the mites running on concrete up to 140 degrees Fahrenheit (60 degrees Celsius), a temperature significantly higher than the upper lethal temperature of most animals. "They're operating at temperatures that seem to preclude activities of any other animal group. We've seen them running where there were no other animals visibly active," said Wright.

The mites also are adept at stopping and changing directions extremely quickly, attributes the researchers are investigating further for potential insights that may be relevant to bioengineering applications.
Samuel Rubin presented the team's findings during the Experimental Biology 2014 meeting (http://www.experimentalbiology.org/) on Sunday, April 27, 2014.
This study was funded by the Howard Hughes Medical Institute Undergraduate Science Program.


ASHINGTON: Move over Usain Bolt, there's a new runner in town! A Southern California mite has set a new record as world's fastest land animal and the little creature can run 20 times faster than a cheetah and the equivalent of a person running 2,092km per hour, scientists say.


News for cheetah out ,mite is fastest land animal