NEW YORK: Prime Minister Narendra Modi would be addressing more than 18,500 Indian-Americans in the Silicon Valley on Sunday, but during his three nights of stay here he is believed to have met at least a few hundreds of them, if the steady stream of visitors waiting in the hotel lobby and pictures posted on the social media is any indication.

In fact, he would have met at least a hundred people and posed for picture on the first night itself when he arrived after a long flight from Delhi after a short stopover in Dublin, Ireland. As several hundred people waited outside the hotel raising slogans amidst beating of drums, Modi came out of his secret service driven black SUV to meet his supporters. Once inside the Waldrof Astoria, a few dozen eminent Indian-Americans were waiting for inside the lobby. As he personally recognised them, he called them to his meeting room. He met the group in three batches. One of them was with those who were involved in organising a successful reception for him last September at the Madison Square Garden, which was attended by a record 20,000 people.

Modi, who before becoming Gujarat chief minister had extensively travelled across the US, appears to know many of them personally and enquired about their family members joking with them occasionally. He also met another group of Indian-Americans the same night to take inputs from them on various policy issues related to India-US relationship. One of the community leaders said on condition of anonymity that this was about defence.

On Wednesday night he also met Aseem Chhabra of Hindu American Foundation, who presented Modi with a welcome letter signed by over 200 leading academics in engineering, liberal arts, and the sciences. "Kem chho Aseembhai?" asked the Prime Minister in Gujarati, seeking his well-being. In all these meetings, Modi posed for photographs with each one of them. Both on Thursday and Friday, there was a steady stream of visitors waiting for him to meet in between his various official engagement. Some time, people waited for hours to meet him, very few went disappointed. For instance, on Thursday evening soon after his dinner with CEOs of Fortune 500 companies, which was the last official engagement of the day-long hectic events, Modi was energetic enough to meet a group of over 50 members of the Overseas Friends of BJP-USA led by its president Chandrakant Patel. OFBJP-USA, which had worked hard in his election campaign, was disappointed that he had not given him time last year. Not this year though. OFBJP members flew in from various parts of the US. Modi listened patiently from them their issues and concerns and then posed for pictures with them, which soon became public on the social media. A steady stream of visitors was seen in the hotel lobby on Friday too - the day when he spent his time at the UN and meeting various world leaders. Among those included a group of 20 Patels, who identified them as members of the Sardar Patel Group USA Canada.

"We submitted a signed memorandum to the Prime Minister," said Alpesh Patel after the meeting. The memorandum urged the Prime Minister to take action against those responsible for police brutalities and provide reservation in jobs on the basis of economic status. "We were supposed to meet him for five minutes, but he spent 15 minutes with us," he said. Late in the evening, one of his old acquaintances turned up at the hotel unannounced. By that time the Prime Minister had left for a private dinner meeting. "I have sent my (business) card. I am sure, I will get a call to meet him on Monday," the community leader said requesting that his name not be published. "He is a people's Prime Minister. This is how he works," the New Jersey based community leader said. "Don't you get tired Narendra Bhai meeting so many people," asked his old-time friend Bharat Barai from Chicago on Wednesday night itself when the Prime Minister met about 100 people at the hotel. "Modi smiled and said this is part of my job," Barai said.

Stay updated on the go with Times of India News App. Click here to download it for your device.
प्रस्तुतकर्ता virendra sharma पर 9:45 pm 1 टिप्पणी:

The question is: where is Rahul Gandhi? If indeed he is in the ski resort of Aspen, one of the wealthiest real estate destinations in the US, what is he doing? If he is on a private visit, why would the Congress not disclose that?


The annual event got over in July; so where is Rahul Gandhi?
By Sujeet Rajan
Follow @ambazaarmag 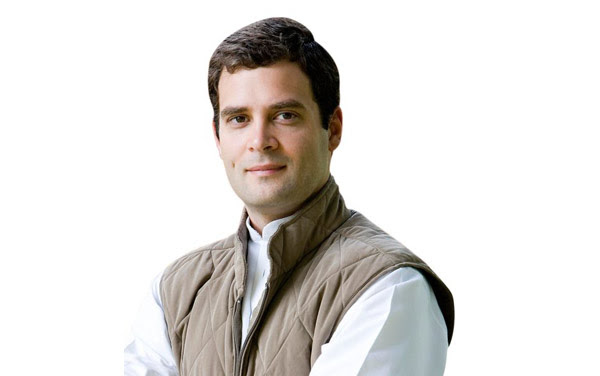 NEW YORK: The Congress Party is lying about Rahul Gandhi’s whereabouts in the United States, if indeed he is here in the country on a visit: the vice-president of the opposition party in India, the Indian National Congress, is not listed for any global meet or the ‘Weekend with Charlie Rose’ conference in Aspen, Colorado, located in the Rocky Mountains.
The Press Trust of India reported earlier today that Gandhi had left India to attend the ‘Weekend with Charlie Rose’ conference at Aspen, Colorado, as per Congress spokesperson Randeep Singh Surjewala.
“Rahul Gandhi is travelling to Aspen, US on a short visit to attend a conference. ‘Weekend with Charlie Rose’ is a conference where thought leaders from different walks of life like politics, finance, technology, media, medicine, sports etc. gather to deliberate on multiple issues,” Surjewala was quoted as saying by PTI.
Surjewala was responding to the Bharatiya Janata Party’s claims that Congress was forced to send Gandhi away from the country as their allies want him out of Bihar poll campaign.
BJP spokesman Sambit Patra took a dig at Rahul Gandhi over his visit to the US, saying it may be a “forced vacation” as, according to him, allies JD(U) and RJD wanted him away, said reports.
“It appears that the feedback the leaders of grand alliance got from Bihar made them call Congress to send him on a forced vacation because his stay anywhere near Bihar is going to harm their electoral chances,” Patra was quoted as saying.
Calls to The Aspen Institute, which has its headquarters in Washington, DC, but holds events also in Aspen, New York City and San Francisco throughout the year, revealed that the annual ‘Weekend with Charlie Rose’ conference got over in the first week of July this year.
Since its inception, in 2005, the festival takes place between the dates of June 25-July 4, according to Karen Peterson, Registrar and Conference Manager, Aspen Ideas Festival, which is what the annual event is officially known as.
This year, the conference’s theme was: ‘Smart Solutions to the World’s Toughest Challenges.’ Presented by the Aspen Institute in partnership with The Atlantic magazine, the Aspen Ideas Festival is the nation’s premier, public gathering place for leaders from around the globe and across many disciplines to present and discuss ideas and challenging issues. Some 350 presenters, 200 sessions, and 3,000 attendees comprised the annual festival this year, in July.
“I don’t see Rahul Gandhi listed as a speaker in any Aspen related event, public or private, in the past or in the near future,” said Petersen in an interview to The American Bazaar.
Asked if Rose himself selects the guests for the annual meet, Petersen said that though in the past Rose has been a featured speaker at the event, the last time he himself participated at the annual meet, was in 2012.
Petersen also checked other Aspen events where Rahul Gandhi might be a speaker, but could not find his name in the database.
“There is nobody by that name featured in any Aspen event,” said Petersen.
The list of public events in the town of Aspen which has a population of over 6,000, reveals that the major events listed for the months of September and October are a film festival and other entertainment related programs.
George Abraham, chairman of a faction of the Indian National Overseas Congress, and based in New York, in an interview to The American Bazaar, said that he had “not been notified” of any visit by Rahul Gandhi to the United States.
“When I met Rahul Gandhi in October of last year in New Delhi, he had told me he was keen to meet the Indian Diaspora here. But we have not been notified of anything. We wanted him to come here to talk of the Congress ideology, but this is anyway not a good time to visit the US with prime minister Narendra Modi also on a visit,” said Abraham.
Asked if it was disturbing to him that the whereabouts of Gandhi is again in question, following a controversial and mysterious almost two months’ sabbatical he took earlier this year, Abraham said that he is “not disturbed” by it.
“Rahul Gandhi does not have any official responsibilities in India, so he could be here on a private visit,” said Abraham.
But asked why the Congress party would then in that case not clarify that, Abraham declined to comment.
Lavika Bhagat Singh, the President of the officially recognized Indian National Overseas Congress, and based in the Washington, DC, area, said in a phone interview that she was not aware if Rahul Gandhi was in the United States.
“I don’t know,” said Singh.
The question is: where is Rahul Gandhi?
If indeed he is in the ski resort of Aspen, one of the wealthiest real estate destinations in the US, what is he doing? If he is on a private visit, why would the Congress not disclose that?
(Sujeet Rajan is Editor-in-Chief, The American Bazaar)
प्रस्तुतकर्ता virendra sharma पर 8:36 am कोई टिप्पणी नहीं: