Researchers say that eating processed meats, such as sausages, could increase women's risk of breast cancer.
From an analysis of more than 260,000 women, researchers found that the risk of breast cancerincreased by more than a fifth for those who consumed more than 9 grams of processed meats per day, which is the equivalent of around two sausages per week.
However, the team found no link between red meat intake and the risk of breast cancer.
Study leader Prof. Jill Pell, who is the director of the Institute of Health and Wellbeing at the University of Glasgow in the United Kingdom, and colleagues recently reported their findingsin The European Journal of Cancer.
Processed meats are those that have been modified to enhance their flavor or lengthen their shelf life. Sausages, bacon, hot dogs, and salami are just some examples of processed meats.
But while these foods may tantalize the taste buds, they do little for our health. In 2015, the World Health Organization (WHO) confirmed that processed meats increase the risk of colorectal cancer, while red meats were deemed "probably carcinogenic" to humans. This conclusion came from a review of more than 800 studies.
Previous research has also suggested that processed and red meats may raise breast cancer risk. Prof. Pell and colleagues sought to learn more about this association with their new study.
Processed meats and breast cancer
The research included data on 262,195 women aged 40–69 years. All women were a part of UK Biobank, which is an ongoing health study of 500,000 adults from the U.K.
Prof. Pell and team used these data to calculate the women's intake of red and processed meats, and breast cancer incidence was identified through cancer registry and hospital admission data.
A total of 4,819 women were diagnosed with breast cancer over 7 years of follow-up. 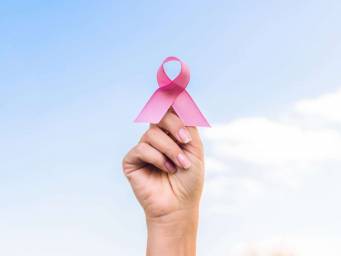 Compared with women who had the lowest intake of processed meats, those who consumed at least 9 grams of processed meats per day were found toha 21 percent greater risk of breast cancer.There was no association found between eating red meat — such as beef and veal — and breast cancer risk.
The researchers then combined their analysis with the results from 10 previous studies that looked at the intake of red and processed meats and breast cancer risk, enabling them to assess the link in 1.65 million women.
This revealed a 9 percent increased risk of postmenopausal breast cancer with processed meat intake. Again, no link was found between red meat intake and breast cancer risk.
These findings remained significant after accounting for other dietary factors, as well lifestyle and sociodemographic factors and weight.
Commenting on what the results show, study co-author Naveed Sattar — who works in the Institute of Cardiovascular and Medical Sciences at the University of Glasgow — says:

"In addition to the previously known effects of processed meat on other kinds of cancer, this adds further evidence that it may have a deleterious effect on breast cancer, particularly in postmenopausal women."
However, more research is needed to confirm the findings.