(CNN)This year, the United States has recorded 16 cases of plague, while recent figures have revealed that in the UK, cases of "19th-century" diseases such as scurvy and scarlet fever are on the rise.
Changes to our living conditions and the development of medicines have affected the rise and fall of diseases, but they seldom disappear. To date, smallpox remains the only disease to have ever been eradicated.
More about 'Unseen Enemy'
Go to CNN.com/unseenenemy for more stories and resources about epidemics, pandemics and the CNN Films documentary, "Unseen Enemy."
Here are some often-forgotten diseases that still exist -- despite our best efforts to control them.
Plague 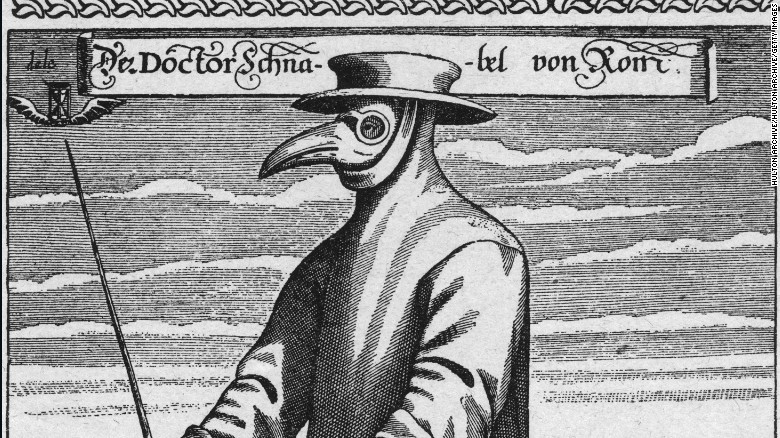 Circa 1656, a plague doctor in protective clothing.
In the 14th century, plague -- known as the Black Death -- killed an estimated 60% of the European population. Plague is spread by fleas living on rodents, such as rats and squirrels, but the development vaccines and antibiotics, and improved living conditions, have curtailed the spread of the disease
Plague is rare in developed countries today, with roughly two to 10 cases reported in the United States annually, where there have been 16 cases so far this year.
But the disease persists elsewhere. The WHO reports 1,000 to 3,000 global cases of plague every year. Africa, South America and Asia have the greatest number of cases -- particularly Madagascar, Peru and India.
Read: How do we still have plague?
Rubella
The virus, which is passed to babies in the womb from unvaccinated mothers, can cause multiple birth defects as well as fetal death when contracted by women during pregnancy.
Rubella vaccinations first became available in 1970, helping many developed countries come close to eliminating the disease and in April 2015, the Americas became the first region to eliminate rubella, after a 15-year vaccination campaign.
But the infection remains in countries with low immunization coverage, particularly in Africa and south-east Asia. An estimated 110,000 babies are born with Congenital Rubella Syndrome every year.
Leprosy 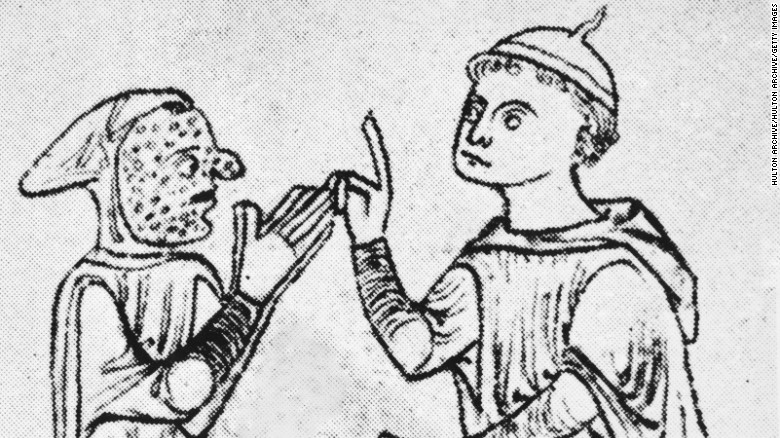 Circa 1200, a leper covered in sores approaches a man, making a gesture of supplication.
Leprosy is a contagious disease transmitted by prolonged contact with infected people. It causes damage to nerve and skin cells resulting in disfiguring sores and permanent disabilities.
The first breakthrough in leprosy treatment came in 1945, with the drug dapsone, but bacteria soon became resistant. This lead to the development of a successful multidrug therapy in the 1970s.
The number of global leprosy cases has dropped significantly in the last 30 years, from 5.2 million in 1985 -- but there were still 216,000 cases in 2013. The disease is still a problem in parts of India, Brazil and Indonesia where more than 80% of cases occur.
Read: The dark history of America's forgotten leper colony
Gout 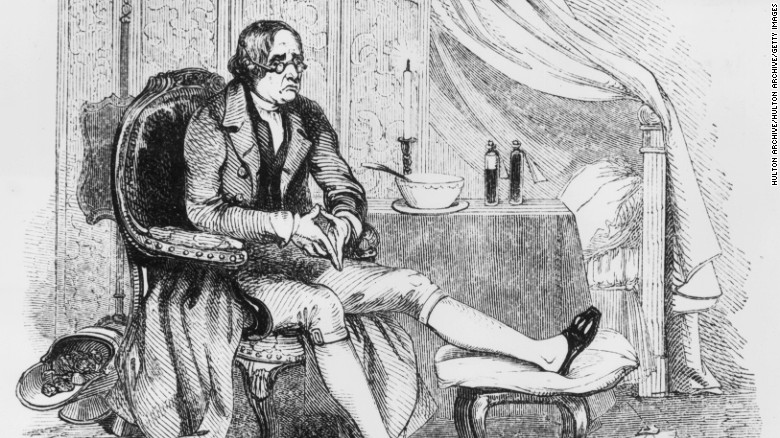 Circa 1800, a man rests his foot, with his slipper slit to accommodate a foot swollen from gout.
Gout is a type of arthritis caused by the build up of uric acid or urates -- a natural by-product of digestion -- inside joints. This can lead to pain, swelling and redness. First identified by the Egyptians, Gout was once known as the "disease of kings" because of its links to excessive food and alcohol consumption.
Unhealthy lifestyles and obesity have caused dramatic increases of gout in developed countries, with the condition now affecting an estimated 8.3 million North Americans -- nearly 4% of the adult population -- according to one study.
The prevalence of gout varies significantly around the world -- at 4.75% Greece has the highest rate in Europe, according to a 2010 study.