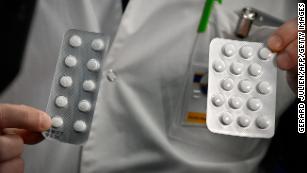 Chloroquine and hydroxychloroquine: what to know about the potential coronavirus drugs
There have been early indications that these drugs may be effective in treating or preventing Covid-19, but the medications haven't endured the due diligence of extensive clinical trials and there have been growing concerns about the impact chloroquine and the closely related hydroxychloroquine can have specifically on the heart.
Now, a chloroquine trial in Brazil has been cut short, hospitals in Sweden have been cautioned against using the drugs for Covid-19 and American cardiology groups have urged doctors to be aware of "potential serious implications" when used for people with existing cardiovascular disease.

'First we do no harm'

The "safety profile" for chloroquine may differ from hydroxychloroquine overall but when it comes to the heart, there is no reason why one would be safer than another, said Dr. Paul Offit, director of the Vaccine Education Center and an attending physician in the Division of Infectious Diseases at Children's Hospital of Philadelphia.
Currently, there is no treatment for Covid-19 approved by the US Food and Drug Administration -- but the agency has issued an emergency use authorization for chloroquine and hydroxychloroquine to treat patients hospitalized with Covid-19.
"In a better world, if we weren't so panicked about this virus, we would wait and see if this drug had some value other than the President declaring that it has some value," Offit said. "If someone's sick you can still hurt them."
The drug chloroquine is similar to hydroxychloroquine, but hydroxychloroquine has been called "a less toxic derivative" of chloroquine.
"Hydroxychloroquine has been used at least in the more developed part of the world very extensively for the treatment of lupus and such and it's much safer," said Dr. William Schaffner, a professor of preventative medicine and infectious disease at Vanderbilt University School of Medicine in Nashville.
He added, "but there is this residual concern."
President Donald Trump has touted the drugs -- hydroxychloroquine in particular -- as possible game changers in the treatment of Covid-19. 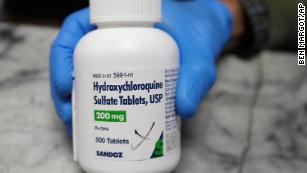 4 ways Trump was wrong about hydroxychloroquine studies
World Health Organization officials on Monday said they "eagerly await" the outcomes of studies evaluating the use of chloroquine and hydroxychloroquine as possible Covid-19 treatment options, especially as the drugs already are being used "off label" to treat some patients in certain countries.
"The medical and research community are really taking the potential of hydroxychloroquine and chloroquine seriously," Dr. Mike Ryan, executive director of the World Health Organization's Health Emergencies Programme, said during a media briefing in Geneva on Monday.
Currently, "there is no evidence from randomized control trials that it works and clinicians have also been cautioned to look out for side effects of the drug to ensure that first we do no harm," Ryan said. "We eagerly await the outcome of the trials that are underway."

Small chloroquine study ends early in Brazil due to deaths

A preliminary study out of Brazil on the use of chloroquine diphosophate to treat patients with Covid-19 symptoms ended early after several patients died and researchers found that a high dose of the drug was associated with a severe type of arrhythmia, or irregular heartbeat. 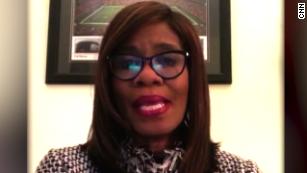 Doctor on unproven drug: You could lose your life 01:52
The study, which has not yet been published in a peer-reviewed medical journal but was published to the online medical server medRxiv on Saturday, has been submitted to a medical journal for publication, Dr. Marcus Lacerda, the study's principal investigator and a researcher at the institution Fiocruz in Brazil, told CNN in an email on Monday.
The pre-print study included 81 patients who were hospitalized with severe respiratory syndrome in Manaus, Brazilian Amazon. Patients were enrolled in the study before receiving laboratory confirmation of Covid-19, but Lacerda said that 75% of the patients ended up confirmed and the others were "very likely" but their tests came out negative.
For the trial, patients either received a high dose of chloroquine, at 600mg twice daily for 10 days for a total dose of 12g, or they received a low dose at 450mg for five days, twice daily only on the first day, for a total dose of 2.7g. All patients also received the antibiotics ceftriaxone and azithromycin as part of their treatment. A limitation of the study is that there were no patients receiving a placebo. 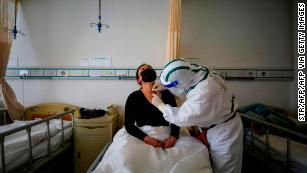 Cardiac injury among hospitalized Covid-19 patients tied to higher risk of death in new study
By the sixth day of the trial, the researchers halted the study after 11 patients died -- and even more deaths were counted in the study's updated data.
In the new updated version of the study that was submitted for publication, "we have 16 deaths out of 41 in the high dosage, and 6 out of 40 in the low dosage. This is significantly different," Lacerda said in the email.
"Patients were also using azithromycin and oseltamivir, which are also cardiotoxic drugs," he said. "Low dose seems to be safer in these patients, however because we have no local controls (not using the drug), because it is being routinely used in Brazil, more efficacy studies need to be performed."
The Data Safety and Monitoring Board for the study "recommended the immediate interruption of the high dose arm and that all patients in it were unmasked and reverted to the low dose arm," the researchers wrote in the pre-print study.
Overall, at least two patients in the high-dose group developed ventricular tachycardia, a type of arrhythmia that can lead to sudden cardiac death and none in the low-dose group developed the condition, according to the pre-print study's data.
The higher dose showed "no apparent benefit" against Covid-19, although the researchers noted their study size was small.

Fearing coronavirus, Arizona man dies after taking a form of chloroquine used to treat aquariums
"The major difference between the high dose and the low dose group occurred during the first three days and the actual toxicity -- two patients in the high dose chloroquine arm developed ventricular tachycardia before death," said Vanderbilt University's Schaffner, who was not involved in the study.
"So it's clear that the high dose group was more toxic but it's not as though the low dose group was without concern and in larger studies you might find some problems with the low dose group as well," he said.
The researchers wrote in their trial that while the chloroquine drug has been safely used for more than 70 years for malaria, using it at high dosages to treat Covid-19 "might be toxic" and they called for more research into the drug.
"In conclusion, the high CQ dose scheme (12g), given for 10 days, was not sufficiently safe to warrant continuation of that particular study arm," the researchers wrote in the study, adding that they strongly recommend that this dosage is no longer used for the treatment of severe Covid-19.

Swedish hospitals directed not to use chloroquine for Covid-19

Hospitals in Sweden have received guidance directing clinicians not to use chloroquine to treat Covid-19 patients outside of clinical trials.
Magnus Gisslén, professor and senior doctor at the Sahlgrenska University Hospital in Gothenburg, Sweden, told CNN last week that the guidance also applies to the related medication, hydroxychloroquine. 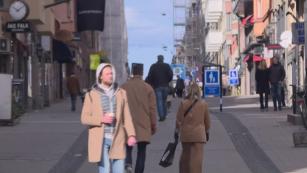 Sweden has few coronavirus restrictions. Here's why 02:06
The guidance states that "considering the very low evidence of any significant effect on Covid-19 and since serious side effects can't be ruled out, the use of chloroquine outside of clinical trials is not recommended."
"We stopped using it a few weeks ago after only a very limited use," Gisslén said. "We have recommended it to all hospitals in our region to stop using it. I think almost all hospitals in the country have now stopped using it.
"This medicine has no effect that we have been able to see on the treatment of Covid-19."
Gisslén and his colleagues have seen "a serious effect on the heart" linked to using the medication, he said. He added that patients with lower kidney function also had a difficult time taking the drug.
The patients most at risk are those with pre-existing conditions in the heart, Gisslén said. "Those are often the older patients," he said. "But if you get a too high dosage it can affect people who have no underlying conditions at all."
In the United States, the drugs have been commonly used in combination with the antibiotic azithromycin. Gisslén said the drugs have not been used with antibiotics in Sweden.
Ulla Wändel Liminga, scientific director of pharmacovigilance at the Swedish Medical Products Agency, said that while the agency hasn't issued specific guidance on the drugs, "the use of chloroquine and hydrochloroquine should only be used within clinical trials on Covid-19 patients."

Here's what you need to know about chloroquine 02:52
Liminga last week counted about five incident reports of serious side effects in Covid-19 patients in Sweden.
"These side effects are mostly well known and are mainly concerning the heart. In the worst case, the side effect could be cardiac arrest and eventually death," she said.
The agency is not aware of any deaths due to cardiac arrest resulting from chloroquine, however, it has seen one death with an unclear relationship to the drug.
"I don't know how much this medicine has been used in Sweden," said Liming. "But there is no evidence that it has any positive effects when used as a preventative drug. This is why we are saying that it should only be used in clinical trials on Covid-19 patients."

Last week, the American Heart Association, the American College of Cardiology and the Heart Rhythm Society issued guidance about critical cardiovascular considerations for the use of hydroxychloroquine and azithromycin to treat the novel coronavirus, saying doctors must consider "potential serious implications for people with existing cardiovascular disease."
Get CNN Health's weekly newsletter
Sign up here to get The Results Are In with Dr. Sanjay Gupta every Tuesday from the CNN Health team.
"The urgency of COVID-19 must not diminish the scientific rigor with which we approach COVID-19 treatment," Dr. Robert Harrington, president of the American Heart Association and professor and chair of the department of medicine at Stanford University, said last week in a news release about the guidance.
Harrington said, "While these medications may work against COVID-19 individually or in combination, we recommend caution with these medications for patients with existing cardiovascular disease."