Maya is the  external energy (Apara shakti ,Bahiranga shakti )of Lord Krishna having attributes of Sat,Rajas and Tamo Gunas .The world is projected through this Maya ,the Prakriti of the Lord .The Lord is the master of Maya .Maya is her Dasi but is an illusory power for the un -initiated conditioned soul .

Maya is the secretary of Lord Krishna .He is the President of this Jagat.

Kabir [1398-1488]
Kabir was a weaver and mystic poet from northern India and lived in Hindu holy city of Benares. He was an important influence on the Hindus and Muslims of his time and also a profound influence on Guru Nanak, the first guru of the Sikh religion. Many poems of Kabir can be found in the Guru Granth Sahib, the sacred scriptures that form the Guru of Sikhism.
Kabir was born in a weaver's family and later adopted by childless Muslim weavers named Niru and Nimma, who found him near Lahara Tara lake, adjacent to the holy city of Varanasi. [3] But his birth is surrounded by legends. Some say he was really the son of a Brahmin widow, adopted by the Muslim couple. [4]
Early in his life Kabir became a disciple of the Hindu bhakti saint Ramananda. It was unusual for a Hindu teacher to accept a Muslim student, but legend has it the young Kabir found a creative way to overcome all objections. Kabir knew which temple Ramananda meditated in each day before dawn, and Kabir lay down on the steps outside. Ramananda walked out in the dark and stepped on the boy's body. Astonished, he leaped up, and cried, "Rama!" Kabir then jumped up and said, "You spoke the name of God in my presence. You initiated me. I'm your student!"[5]
A Bhakti saint, who sang the ideals of seeing all of humanity as one, his name, Kabir, is often interpreted as Guru's Grace.
A weaver by profession, Kabir ranks among the world's greatest poets. In India, he is perhaps the most quoted author. The Holy Guru Granth Sahib contains over 500 verses by Kabir. The Sikh community in particular and others who follow the Holy Granth, hold Kabir in the same reverence as the other ten Gurus.
Kabir openly criticized all sects and gave a new direction to the Indian philosophy. This is due to his straight forward approach that has a universal appeal. It is for this reason that Kabir is held in high esteem all over the world. To call Kabir a universal Guru is not an exaggeration.
Kabir is also considered one of the early northern India Sants. One source for modern adaptations of Kabir's poetry is Robert Bly's The Kabir Book: Forty-Four of the Ecstatic Poems of Kabir.
The details of Kabir's life are mixed with legends - some say he married one Loi and brought up two adopted children Kamal and Kamali, and that Emperor Sikandar Lodi, angered by Kabir's refusal to salute him tried to get him killed by drowning, burning and other means of torture.
Throughout his life Kabir preached and worked as a weaver in the neighbourhood of Benares. Owing to his teachings he was an object of dislike both to Hindus and to Muslims, and it is said that he was denounced to Sikandar Lodi, king of Delhi, as laying claim to divine attributes, but escaped by his ready tongue.
Kabir died at Maghar near Gorakbpur, and a dispute at once arose as to the disposal of his remains, which were claimed, by Hindus and Muslims, the former desiring to cremate and the latter to bury them. While they wrangled, Kabir himself appeared and bade them raise the cloth which covered the corpse. When this was done, it was found that the body had vanished, but a heap of flowers occupied its place. Half of these were burnt after the Hindu custom at a spot now known as Kablr Chaura in Benares, and the rest were buried at Maghar, which became the headquarters of the Muslim portion of the sect that still follows Kabir. They are named Kabirpanthis. A tomb was built there which was subsequently repaired about 1867 by a Muslim officer of the Mughal army.
The basic religious principles he espouses are simple. According to Kabir, all life is an interplay of two spiritual principles. One is the personal soul (Jivatma) and the other is God (Paramatma). It is Kabir's view that salvation is the process of bringing into union these two divine principles.

Jagat is a transactional reality (an empirical and or Pragmatic reality and not an absolute reality ).It is not Mithya ,it is very much there but is a tenure ,an appearance in time .

Brahmaji lives for 100 such years .This is called one Ayu (life span )of Brahmaji .This is equal to 1 Day of Vishnu Bhagvan .Vishnubhagvan has also 100 yrs of life in His Vishnu yrs terms .

This is the Pulsating spiritual Universe and hence an appearance in time .

At a subtler level (philosophical level of Vedanta )the three Soul ,Supreme Soul and Jagat are one and not three .God is not different from us .

In Bhagvad Gita Bhagvan says I am the President of my Prakriti (Maya )that projects this world and everything else .I am the witness to all actions that takes place and remain uneffected by them .You too can do so by becoming the witness and let action happen by my Prakriti ,the three Gunas and their interplay .As you observe your breathing you find that breathing is happening .Become the witness of this breathing and all thoughts that are coming and going into and out of  your mind .

Our consciousness is like electricity by which all actions are performed all soft ware and Hardwares perform their actions .This elctricity is Me ,Bhgavan says . 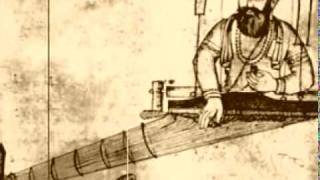