News for sonia on recent UP riots 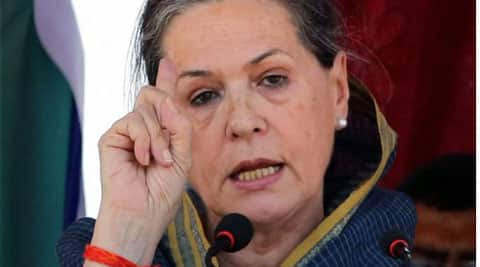 Congress president Sonia Gandhi on Tuesday blamed the Bharatiya Janata Party (BJP) government in Centre for the recent spurt in the incidents of communal cases in Uttar Pradesh and Maharashtra.
Addressing a meeting of the office-bearers of the Kerala Pradesh Congress Committee, Gandhi alleged that “all these incidents were being deliberately created to divide society on religious line.”
According to the Congress president, communal incidents had increased after the BJP government came into power.
MUST READ: Express investigation on communal riots in Uttar Pradesh
She further hit out at the NDA government over India’s stand on the Gaza issue. “The BJP government has betrayed India’s long tradition of solidarity with the people of Palestine.” she said.
This comes days after Congress vice president Rahul Gandhi told The Indian Express that the communal riots in Uttar Pradesh were engineered, calling it part of a deliberate strategy to “divide the poor”.
In a four-part series published this week, The Indian Express reported that in the 10 weeks following the election results of May 16,  UP Police recorded 605 low-key communal “incidents”, two-thirds of which occurred in or around 12 assembly constituencies in which byelections are due before mid-November.
प्रस्तुतकर्ता virendra sharma पर 6:14 pm